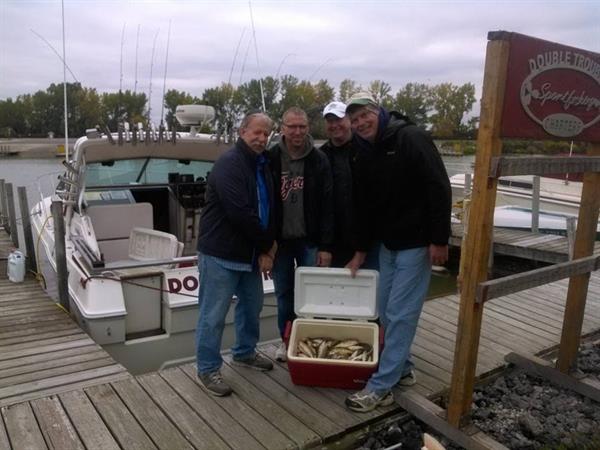 Some great news has surfaced through the cloudy waters of Lake Erie in recent weeks.

Amid the steady negative press of algae blooms, so called “dead zones,” the threat of an Asian Carp invasion, et al., Lake Erie quietly continues to march on. Recent studies out of both Ohio and Ontario have given us reasons to expect good fishing on this body of water for years to come.

During the late summer and early fall months each year, different wildlife agencies around Lake Erie begin trawling the waters in search of young of the year (freshly hatched) walleye and perch. This data is then compared with the long term average to estimate the success of the hatch of each species.

Recent data collected have shown that the walleye and yellow Perch populations both had successful spawning runs this spring.

Jeff Tyson, head of the Lake Erie Fisheries Management for the Ohio Division of Wildlife, has rated this year’s walleye hatch as “pretty decent.” Although not as high as the freakish walleye hatch of 2003, the recruitment seems to be on a level with the success of 2007 and 2010, according to Tyson. Although fish hatched this spring won’t attain legal size until 2016, the short term walleye outlook on Lake Erie is very promising.

“To go along with this year’s new recruits, a steady string of decent hatches over the last decade has led to a diverse walleye population, with a broad range of ages and sizes” he continued. The most recent estimate had the lake wide walleye population at 23 million fish (note that these estimates only take into account legal size fish and don’t include undersized fish).

Along with that great news, Tyson also brought another wave of optimism, stating that the 2014 yellow perch hatch was very good as well. “This year’s Western Basin perch hatch is the fourth best since we began keeping records in 1987,” affirmed Tyson. “With two back-to-back good perch hatches, the perch fishing should start to look up a bit over the next couple of years.”

Even with all of the studies and resources the spawning success of these species on Lake Erie, or lack thereof in some years, is still clouded in mystery. Although it seems that a cold and prolonged winter helps aid in the success, as was observed with the record walleye hatch of 2003.

Whatever makes this ecosystem thrive, let’s hope it continues for generations.