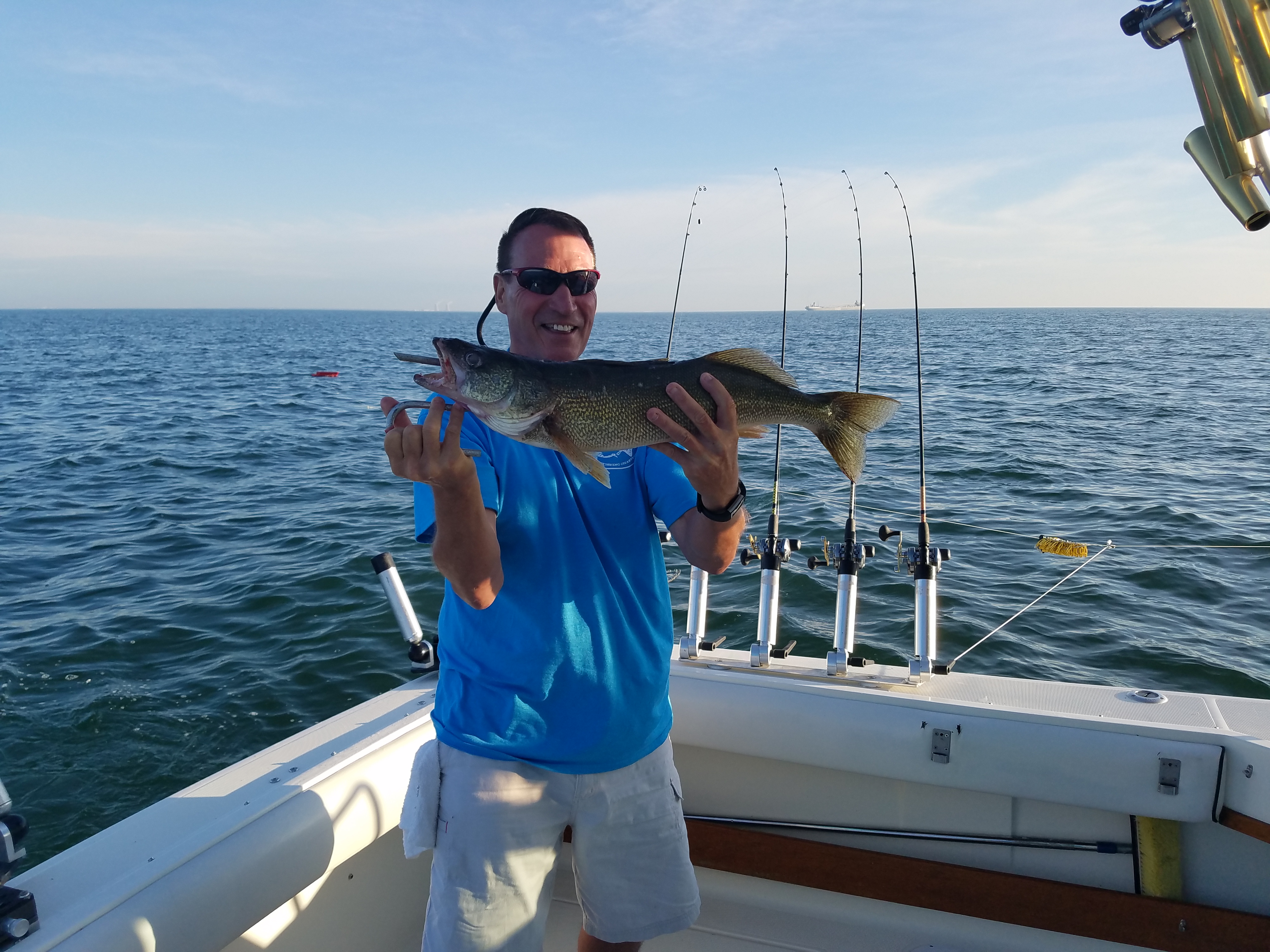 As we near another fishing season on Lake Erie, there is a great deal of hype that surrounds the preseason atmosphere. After a barrage of good to exceptional walleye and yellow perch hatches in recent years, the lake seems destined to explode into some fantastic action not only in 2017, but also into the foreseeable future.

Some are predicting that 2017 will be the best year for catching walleye that Lake Erie has ever seen. While that may be a bit too bold of a forecast for our tastes, anglers can certainly expect a great, if not fantastic fishing season in 2017. Just how good the season goes will likely depend on how favorable weather conditions are over the course of the year.

If that isn’t enough to get you excited try this on for size; barring catastrophes and acts of God, the 2018 season should be even better.

Let’s dive into the details.

Lake Erie by the numbers

As alluded to earlier, Lake Erie’s prized gamefish have pulled off some great hatches in recent years. The Lake’s walleye population produced a great hatch in 2014, followed by a near record hatch in 2015. Although the 2016 year class was below average, it was enough to help support the future of the fishery according to the Ohio Division of Wildlife. Those hatches, combined with older aged fish from earlier year classes, show that Lake Erie doesn’t seem willing to give up her title of ‘Walleye Capitol of the World’ anytime soon.

There was a similar story for yellow perch recruitment over recent seasons. Hatches for these amazingly popular sport fish ranged from good to great for all years from 2013 to 2016. This has been a very welcome sight after a long stretch of average or subpar year classes and should provide top notch perch fishing action for years to come.

What factors lead to a good hatch?

For those that have followed our Lake Michigan fishing forecasts over the years, you’ve likely noticed a trend. In years following bitter cold winters there usually is an expectation of a lower than average Alewife hatch and thus the future outlook for the salmon fishery may be a little less rosy than it otherwise would be. In years with mild winters the opposite seems to ring true, with fair alewife hatches bringing forth a more positive fishing forecast. So in short, mild winters seem to benefit the Lake Michigan salmon fishery.

Well, the opposite seems to be the case for the walleye and perch fisheries of Lake Erie. Although we aren’t aware of any in-depth scientific studies that detail this phenomenon, there is certainly a positive correlation between fiercely cold winters that bring extensive ice cover to Lake Erie and strong hatches of both walleye and perch. While it isn’t hard and fast rule that brings a guarantee, there is no denying the connection over the years.

Simply take a look at the last 3 walleye hatches mentioned earlier and you’ll clearly see the trend. The two strong hatches were after brutal winters, and the weaker year class was following a warm winter. Furthermore, if you look back over the years to the last very strong walleye hatch on Lake Erie prior to 2014 and 2015, you’ll undoubtedly land on the record breaking hatch of 2003. And you guessed it; the winter leading up to that spawning season was also colder than average.

Maybe cold winters push the Lake Erie walleye spawn back a few weeks and thus give the young fry a better chance at finding the forage needed for survival in their new world. Maybe prolonged cold water leads to better incubation and ultimately more fertile eggs. Perhaps during warm years, predators head to the nearshore waters earlier in the season and prey fiercely on the young walleye as they hatch. Whatever the reason or reasons may be, the evidence is quite clear; brutal winters around Lake Erie may be a blessing in disguise for the Lake’s sport fish populations.

As previously stated the walleye fishing should be very productive in 2017, especially on ‘eater’ sized fish in the western basin. Now 3 years old, the 2014 year class of walleye should make up the bulk of the catch this season with most fish ranging in size from 15-19 inches. The monstrous hatch of 2015, now 2 years old, will begin to contribute to the catch although many will likely be undersized, especially in the early part of the season. But have no fear, as we near July and August many of these fish will begin attaining legal size. As always, there is also an ample amount of older year classes that will provide the opportunity of rounding the day’s catch out with a few larger fish.

The 2003 class is still very prevalent throughout the Lake and offers the chance at a true trophy class walleye. The best time to catch these lunkers in the western basin is likely prior to and during their annual spawning run. Outside of that, the best places to tangle them will be in Lake Erie’s deeper central and eastern basins.

As good as the perch fishing has been in the western basin recent seasons, it looks like it actually has the potential to keep getting better. More and more fish from the 4 straight successful hatches continue to reach ‘keeper size’ with each passing season. While they aren’t jumbos yet, they have provided fast paced and exciting action for those fishing in the shallow waters of western Lake Erie for a few years now. Look for that trend to build into the coming years.

At the end of the day there is definitely a lot to get excited about on Lake Erie. At a time when much of the national press paints Lake Erie as a troubled mess constantly struggling with pollution issues, she continues to shine on as likely the world’s most valuable and productive freshwater fishery. If you never have experienced how amazing the fishing in Lake Erie can be, the next several seasons are calling your name.